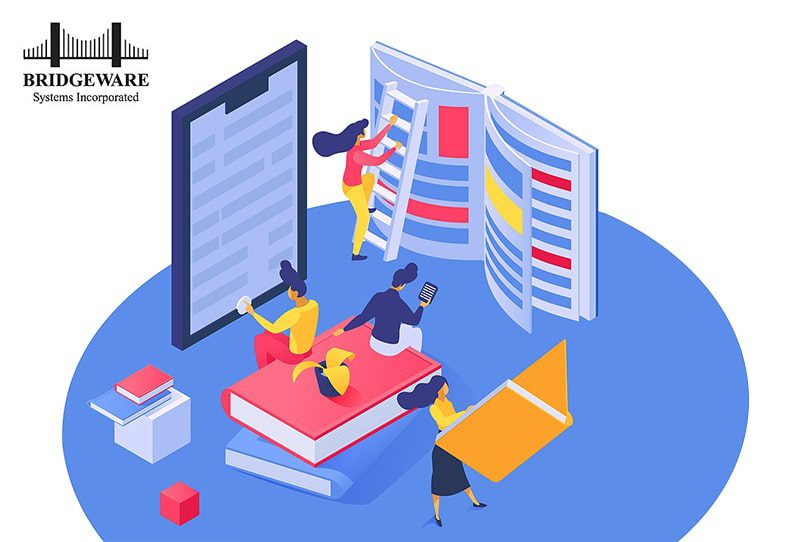 Even a brief history needs a definition, a when and how it began, the institutions it fostered, and its key developments.

As a “brief” history we will only touch upon these topics while providing links for additional details.

What is the Staffing Industry?

Depending on who is identifying, there are at least 25 major Industrial sectors like manufacturing, construction, mining, etc… Closer to home would be a major sector listed by IBIS World as “Administration and Business Support Services”. One of its sub-areas is “Office Staffing and Temp Agencies” and tell us, very briefly, what they do, i.e. “supply businesses with workers for limited periods of time to supplement existing staff. Not bad for a short answer. That is not everything they do

Providing part-time staff to many businesses in several major economic “sectors” has proved to be a very “distinct “and increasingly necessary service generating between $150 and $400 billion annually.

Yes, I know this is a huge difference, but it depends on what businesses and other contract and/or independent workers are included. In the industry today this issue is now in flux. I will have more on this later under the Key Development heading of “The Gig Economy”.

How the staffing industry began:

(Preliminary note: While some claim, and correctly, that the primary elements of a small “staffing industry” existed in 1840 and continue to this day. Our focus here, however, is on the modern staffing industry that began in the USA and was picked-up by other countries soon after)

When most people start a business, they hardly think they are beginning an entire industry. That was probably the case when William Russell Kelly “loaned out” one of his two office workers to a frantic client who needed urgent but temporary help. That was 1946 in Detroit Michigan.

Kelly thought about that incident and saw an opportunity. If one of his clients needed help “in a pinch” maybe other companies would have similar needs?

That idea was soon confirmed and quickly spread. 1946 was the very beginning of the fast-growing post-war period.

This new business model was significantly aided by a ready-made labor pool of women who had lots of experience working in many industries during the war. Many of them, now returning to more domestic pursuits, liked the idea of part-time flexible work hours which would allow them to be homemakers as well.

Here are some key dates supplied by encyclopedia.com

The success of Russel Kelly and Kelly Services, had, however, by the early 70’s, attracted more than 1,000 competitors modeling the same business plan. Together this rapidly growing new industry placed more than a million workers and had combined annual revenue of $1.5 billion.

Today, the US staffing industry has more than 40,000 offices and revenue of $170 billion. This figure will change dramatically as the industry analysts at SIA in particular, argues persuasively that thousands or eve millions more temporary workers need to be included in that figure.

When Russell Kelly started his business, he took most of his $10,000 in savings and bought as many “comptometers” as he could afford. He bought 20 of them.

These high-tech calculating machines of the late 1940’s and early 50’s was to be the foundation of his inventory service business in the then thriving auto industry of Detroit, Michigan. It was also the reason he located his new business there.

Many years later, reflecting on that early history, Kelly says proudly in a 1996 interview “Because I owned modern office equipment, and knew how to operate it efficiently, our service bureau business boomed”

These comptometer machines were an important precursor of the general use business computer.

But at the time he started his business, in 1946, IBM’s first commercial computer (“Mark 1”) which had come out in 1944, weighed 50 tons. And certainly, there was no staffing software to run on it. It would not be until the early 1980’s before computers came into general business use.

In the 1980’s Kelly developed the “PC-Pro System” to train temporary workers on computer software to ensure Kelly’s placements were able to work on the various office software of its clients. Later they cross trained their own internal staff on both Windows and Mac operating systems.

Following the development of desktop computers, together with excellent and stable operating systems, Apple and Windows primarily, software developers soon followed with many products for specific industries.

Staffing is one of the industries with specific software which is commonly called “staffing software”. The number of abilities, efficiencies, and speed created by this major development enabled the industry to grow even more.

One probable down-side for many of the larger companies, including Kelly, was that the new software greatly enabled “start-ups” and newer staffing companies to compete successfully with larger and more established ones.

In a short, it is “a complete Content Management System (CMS) for staffing companies”.

The rapid growth of the staffing industry soon developed a need for an organization that could represent and advance the common interests of all staffing companies.

Although there were and are today, city and regional associations primarily organized for local and state issues, there are two national staffing associations: The American Staffing Association (ASA) and Staffing Industry Analysts (SIA).

The ASA began in 1966 as “The Institute for Temporary Services”. Its purpose was essentially what most national trade associations do, i.e., ensure that state and national legislation does not “hamper” the industry, be a public relations agency for the industry and a major resource for training and certifications.

Due to developments in the industry, they changed their name in 1970, 1994, and finally in 1999 it became what it is today, The American Staffing Association with the acronym “ASA”

In addition to being a voice for the industry in legislation and public relations, it holds an annual national convention and several regional meetings with the primary aim of training and collaborating on industry issues. In this latter regard ASA has four Certification programs to build the professional credentials of its members and their staffs.

According to their website, SIA was founded in 1989 defining their role as “the global advisor on staffing and workforce solutions” The term “workforce solutions” encompasses 5 major areas with 21 subsets which they designate as the “Workforce Solutions Ecosystem”.

So, SIA is not so much a “trade association” in the classic sense, nor is it limited to a particular region or country but has a global orientation on staffing.

Because they are “Analysts” of the staffing industry they primarily study, conduct proprietary research, and provide consulting services to the global staffing industry. They are, in a very real sense “a Think Tank” for the industry.

Because they are researchers and analysts of the entire staffing spectrum (the “Workforce Solutions Ecosystem”) they have the expertise to conduct workshops, webinars, certification training programs as well as sponsor international conventions on various aspects of the staffing industry.

Their very broad expertise enables them be advisors to organizations like the American Staffing Association (ASA) and their regional affiliates, as well as other staffing organizations and their principals in the USA, Canada, Europe, Middle East, and countries in the Asia-Pacific area.

For more information on SIA see their corporate overview here.

Although any business or industry has legal issues, I would like to focus on only three because of their serious implications for the industry.

These three are the Microsoft employees’ class-action lawsuit, the joint-employer concept initiated by OSHA, and the more recent (2019) California law (AB5)

This lawsuit followed an IRS ruling in both 1989 and 1990 that Microsoft had misclassified certain workers as independent contractors. It is the IRS that has the power to classify whether or not a person can be considered an independent contractor or employee and they have provided a list of IRS guidelines to help companies (or individuals) in making that determination.

Microsoft defined them as temporary workers in order to deprive them of standard benefits like health insurance and “Microsoft’s lucrative stock option plan, thereby saving them millions.” the LA Times reported in the highlighted news article above.

The US Court of appeals (9th circuit) ruled against Microsoft and granted an award of $97 million to the former and current Microsoft “temporary workers” many who had worked at Microsoft (often for years) doing the same work as regular employees.

(Note: it is interesting to speculate if the principle of “Joint-Employer”, which had yet to be established would have ruled against Microsoft and the staffing companies who made many of the placements?)

In 2013 OSHA (Occupational Safety and Health Administration) began a policy called the Temporary Worker Initiative (TWI) basically linking both the temporary services and host companies as joint employers for purposes of responsibility in meeting OSHA requirements.
The following year (2014) that policy began to be enforced after a July 15th letter was sent from the OSHA director of enforcement programs to all regional administrators.

When an ensuing enforcement action was to take place and fines levied, both the staffing company and host employer would be assigned a portion of the fine that would be appropriate for their degree of responsibility under the new principle of “joint employers”. Courts would very soon support this principle. (see link immediately below)

Sometimes an enforcement event would only be the first action taken and a civil suit would follow based upon the OSHA findings.

This Temporary Worker Initiative (TWI) created huge and new potential liabilities for staffing companies and lawsuits followed. See “Here are just a few examples” of case law in a previous blog of mine.

On September 18, 2019, the California governor signed AB5, whose stated intention was to prevent the classification of actual employees as independent contractors thereby avoiding payroll taxation.

But the primary reason being advanced was to affirmatively provide “basic rights and protections they (workers) deserve under the law, including a minimum wage, workers’ compensation if they are injured on the job, unemployment insurance, paid sick leave, and paid family leave”

The law seemed to have targeted Gig economy workers like Uber and Lyft drivers who had always been considered independent contractors and not subject to normal payroll taxation (except for the self-reporting of income and their customer responsibility to file form 1099 for payments to independent contractors.

After a bitter fight against it, the AB5 law passed and the lawsuits began. See “Franchise Groups Want Out of AB5, according to lawsuit”.

There are other lawsuits pending and not just from franchises (as above), but truck drivers and even some doctors, many of whom had always been considered independent contractors. They were now having that status challenged.

But here again there are implications for the staffing companies who have gotten themselves in serious problems, at times, by not strictly enforcing the IRS guidelines or getting a written opinion from them or a good tax attorney before deciding.

The advent of the Gig Economy.

One of the most consequential developments in the Staffing industry is going on right now and started a little more than 10 years ago. The sea-change is the advent of very large, well-funded, cloud-based platforms. These platforms have created a world-wide easily accessible method for millions of workers to connect with millions of customers, talk with them, and be paid by them for completed projects, all through the Internet.

It is both a challenge to governments who are denied taxes and to those businesses who often must compete with them but compete from a clear disadvantage.

There are other issues with these new Gig economy platforms both within and without the traditional staffing companies. I have written about these issues in two previous blogs: “Problems in Paradise? – Troubles for the Gig Economy” & “Problems in the Gig Economy – Part Two”

I will be doing more research and writing more about the history of the Staffing industry. I thought I could do a quick review of the industry, but the events and issues are more than can be handled in a normal blog article. I think a series of short articles would be better. I will work on it.