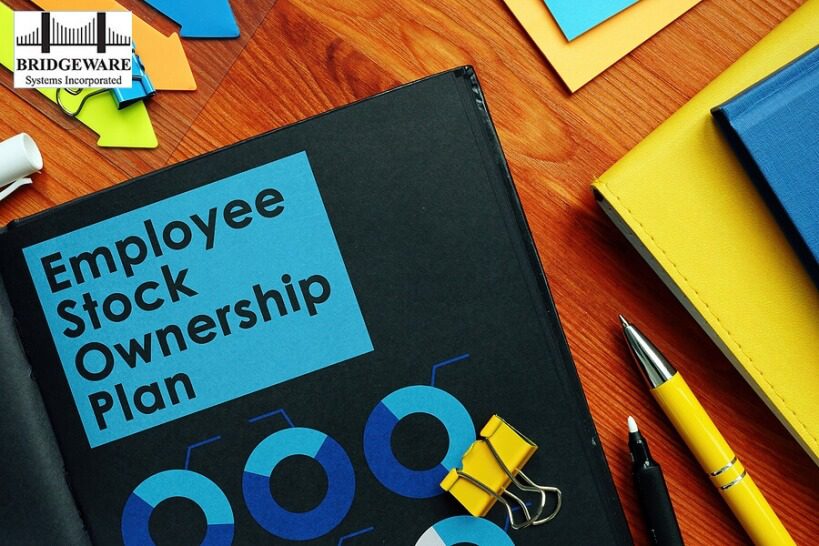 On June 7th, 2021, a news item at Staffing Industry Analysts (SIA) caught my attention. The headline read “QPS Employment Group Becomes Employee Owned”.  I immediately decided to investigate what are called “Employee Stock Ownership Plans” or ESOP’s and how they are working in the staffing industry. Almost everyone in business management is aware of the phenomenally successful story of Publix supermarkets. It now has 1,200 stores and is, and has been for many years, entirely owned by their employees, or more precisely owned by the Publix ESOP (s). No one can buy stock except a full time Publix employee. Publix ranked #4 for BestJob Security by Indeed.com in 2018 and #7 in Fortune’s“Best Big Companies to Work For” in 2020. They have won many other awards including for Customer Service and Satisfaction. If anyone needed a “Proof of Concept” for an ESOP, Publix would be it. But an “Employee Stock Ownership Plan” or ESOP can mean many things depending on how the “plan” is written. Image and Reality There is a cynical joke that has one company CEO telling another that “We were thinking about establishing an ESOP, but we decided on just giving our employees lollipops”. The meaning of the joke, obviously, is that you can establish an ESOP, but it can be of little value. If the earnings are poor or the majority stockholder has a questionable method of keeping profits low, the stock can be, in effect, worthless. Also, no business is guaranteed to last forever and can fail for reasons beyond the control of their management. This happened just recently with the pandemic that put many good hospitality companies (especially) out of business. Any employee who has a share of the business where they are employed, or even the majority stockholder, should have other investments or savings beyond any single entity. Diversity of investments is a sound principle. In the case of Publix and the staffing company cited above, “QPS Employment Group”, the employer ownership plans seem to be the “real deal” structurally and a good investment for all the stockholders. I say that without knowing the details of the ownership plan, but we do know enough about both companies to give a high degree of confidence that the structure of their ESOPs is solid.

First, QPS is a very substantial staffing company, based in Milwaukee, WIwith 55 branches across seven states. They are ranked among the 100 largest staffing companies in the US by Staffing Industry Analysts (SIA) in their 2020 update. In terms of quality, QPS receives consistently high ratings from their associate employees, winning “Best of Staffing Talent Satisfaction” awards in 2019, 2020, and 2021, given by Indeed.com and others. They have received  “Top Workplaces” awards given by The Milwaukee Journal and Des Moines Register for several years, and their “Community Involvement” seems to be quite extensive. Question: The question that comes to mind is, why would a top-rated company like QPS, privately held for 36 years (founded in 1985), with a tremendous rate of growth,i.e.“going from a single two person office to 55 branches in just 36 years, decide in 2021 to become “Employee Owned”? Some Answers. To find some answers I went to “The ESOP Association” or TEA. To be a little clearer about the specific question, i.e., why would the QPS founder and current CEO Scott A. Mayer,make the decision to become an “Employee-Owned company”. The ESOP Association gives some good but general answers in their Vision statement which reads (in part), “We believe that Employee Ownership: Wow! That is impressive and even noble. But they do not answer the specific question of why  Scott Meyer, the founder, current owner, chairman, and CEO of QPS embraced such an idea? To put it more “crassly” “What’s in it for him”? Why not sell his $217 million revenue company outright for a big chunk of cash and retire? Some possible Specific Answers. I suppose I could just call Scott Meyer and ask him but somehow that would take the fun out of speculating, for me and whoever reads this article. So, my first idea comes from knowing that Scott Meyer has been building QPS for 36 years and has been wonderfully successful which means that he has, no doubt, been working phenomenally hard. He may be ready to slow down or even retire. Additionally, he may not want to sell out and abandon his business completely even though it would be a very tempting idea. Creating an ESOP does not eliminate him, he could remain an employee of the corporation and therefore be a member of the ESOP. Depending on how the plan is written he may even remain the majority stockholder, board chairman,and/or even CEO. Sometimes this may be done initially for a period to ensure continuity in the transition but then include a method for the corporation’s ESOP to buy his controlling interest or even his entire interest over time. To make the ESOP successful and the “real thing” for every employee, which would ensure an optimum employee buy- in, the plan would need to really work the numbers for each of its major elements. (Note: The concept (and reality) of “profit” is a given because without that there are no stock returns and no job security as well). Since “The ESOP Association” (TEA) is an organization “Dedicated to Education” I am sure they have the expertise and with agreement models to guide the creation of a successful employee-owned business that accomplishes the vision of TEA, the objectives of the current owner and the employees. We have been using the example of the“QPS Employment Group” but the idea ofan “employee-owned staffing company” has a growing history. If you Google “employee-owned staffing companies” you will get many results. I cannot gauge the percentage of the 22,000 staffing companies in the US except to say that it seems to be a growing reality in this industry and other industrial segments as well. The Future of Work and ESOP’s Looking at the ideas, goals, and aspirations of Generation Xersand Millennials, as Gallup and others have done, our newer generations seem to want more flexibility in the workplace, more independence, more of a balance between work and leisure, between work and family.The idea of an employee-owned corporation which, by definition, has a focus on employee needs and desires certainly has a significant place in the future of work.