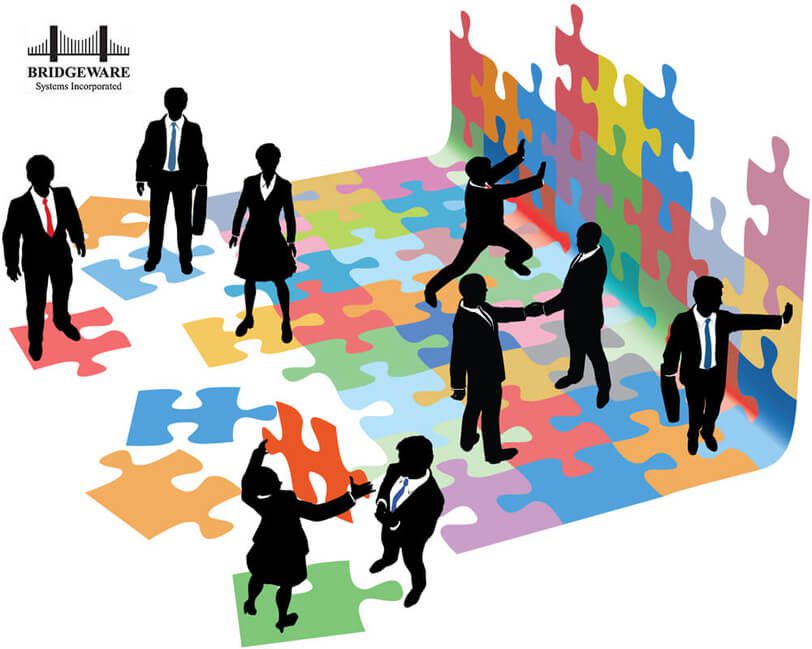 Since 1946 when “Russ” Kelly began the first modern staffing company which would soon become an entire industry, its history has been one marked by technological innovation.

When “Russel Kelly Office Service” began that year in Detroit, he used almost all of his $10,000 in savings to buy 20 “Comptometers” which were the high-tech calculating machines of the day.

As these “Comptometers” were the forerunners of today’s computers, so the staffing industry has grown using increasingly sophisticated computers and staffing software.The hundreds of efficiencies it has developed over the years has grown alongside the industry consulting with their staffing software suppliers to create more and more features and benefits to streamline their management operations. Generally it has been a very happy marriage.

A Revolution in “how to”:

In the last 21 years (2000- 2021) elements of the staffing industry have taken a colossal technological leap forward by building several extremely prodigious, well financed,cloud-based, internet platforms that enable them to handle millions of temporary staffing jobs world-wide. That revolution has become known as “The Gig Economy”.

Yet the Gig economy is nothing new to the staffing industry in terms of what it does, i.e., hire temporary talent to accomplish temporary jobs for clients in consideration of a fee.

The actual “revolution”has not been in what it does but how and where it goes about the basic job of a staffing company. The “how”is via the truly extraordinary platforms that allow them to recruit, sell, and manage thousands of gigs simultaneously and daily.  The “where” is literally “anywhere” in the world and from a single location via a “simple” website or platform.

Thousands of digitally enabled gigs can be accomplished by anyone from anywhere in the world, i.e., To get an idea of how many offerings can be made by a single platforms take a look at the “Fiverr Gigs Directory”.  Fiverr began in 2010 with the launch of its website and ten years later (2020) had revenue of $189 million. Check out the list of other platforms cited and linked above, i.e., “The Gig Economy”.

The initial reaction to these new companies among the traditional staffing companies has been “mixed”, to put it politely. There have been charges of unfair competition, tax avoidance, and perhaps the most serious is that by encouraging and facilitating competition among its many thousands of workers it effectively creates a “race to the bottom”.

For the time being, as these problems resolve themselves, the freelance workers seem to like the ability to showcase their offerings to many thousands of potential clients in one location, flexibility in scheduling work, independence generally, and the freedom to work from anywhere.

Clients (buyers) also like these platforms because they have virtually instant access to thousands of talented workers world-wide for a huge variety of individual jobs without the need to “hire” or be responsible for employment taxes, regulations, etc. including, in many cases, the ability on many platforms to get your money back if unhappy with the product or performance.

Many traditional staffing companies have seized upon the opportunities these platforms create to greatly increase their skilled talent offerings to their existing clients.  The recruitment process is very simple compared to the industry standard. Just go to the platform and type in the skill you are looking for.

You can see if any given skilled worker is online now, or their usual response time is posted if currently unavailable. You can then drop a note to see if there is any interest in your project. Keep in mind that the freelancers are in a competitive business and are usually eager to respond. You can also simply post your project and wait for responses. There are usually several within a day or two. Then you can evaluate skills, experience, schedule for completion, and price.

So, collaboration with the new gig economy platforms is increasing and traditional staffing companies are making money with it.

Somewhat related to the above collaboration is the “convergence” within the staffing industry that has been growing steadily and quite significantly around the issue of technology, specifically its staffing software.  While it may not be the gigantic leap of the cloud-based gig economy platforms, the traditional staffing companies have been converging with them around automation, cloud-based internet platforms and API technology.

Although the concept of API (Application Programming Interface) has been in existence since the early days of the computer, it was not until Salesforce launched its web-based sales automation tool in 1999 that API technology and SaaS, i.e. “Software as a Service” really began.

Essentially API technology has allowed third party software systems to easily, safely, and seamlessly integrate with other applications. In the staffing industry this has led to remarkable innovations that greatly added to the capabilities of modern staffing software.

For example, API technology has allowed basic staffing software to interface with the huge databases of the U. S. Social Security and Homeland Security administrations “to instantly confirm the legal status of new hires for eligibility to work in the U.S.”.

It has facilitated the ability of staffing companies to instantly pay workers via debit card. This involves a bank’s software as well as the software of an additional service provider.Both of these software systems are seamlessly integrated with a company’s own staffing software and enables not only the payment via debit card but [provides other related banking services to workers who do not have their own banking service. Automating the onboarding process, screening for tax credit eligibility, managing ACA (Affordable Care Act), Employee Apps for automated notification of open jobs, automated self-selection of work shift fulfillment, and on it goes.

Modern staffing software has been growing steadily with dramatic increases in automated efficiencies and compliance assurances which also increases a staffing company’s bottom line. It has been doing this for more than 30 years.

Together with additional automations, the next major “convergence” between the gig economy platforms and the more traditional staffing industry companies may be that of being more Internet based with less regional offices.

(Ending note: The SIA convention is next week, and this article is being published on the 16h or 17th of Sept. If you plan on attending their conference, see how the discussions here match up – or not!)