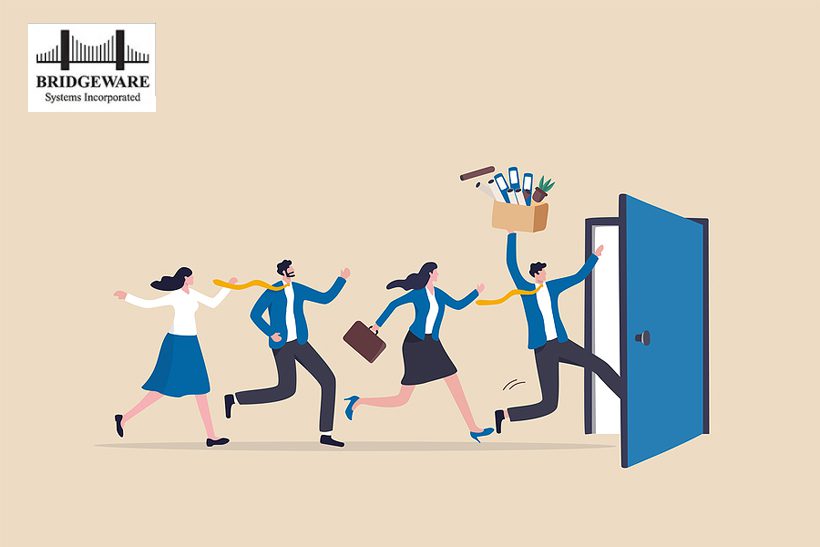 Reading the data on job quits, early resignations, huge job openings, and unemployment rates for the last two years (mid-2020 to mid-2022) has reminded me of a quotation you see on bumper stickers and tee shirts, i.e., “If you are not confused you are not paying attention”. Perfect! Fits the time we are going through on several fronts but especially when trying to understand what has been happening in the U.S. labor market.

How can we have so many people continuing to quit their jobs, take early “retirements”, have an unemployment rate of only 3.6 percent, and have 11.4 million unfilled jobs. Its not that the data is wrong, its not. So widespread is quitting and early retirement in 2020 to 2022that the phenomenon has been given a name, i.e., “The Great Resignation”.

Since last August (2021) to the end of April 2022 there has been over 4 million people per month leaving their jobs.That constant rate over so long a period has never happened before (April 2022 was 4.4 million). I will not bore you with the statistics for every month when a simple Google search can give them to you. The more interesting question is why?

We had written an article last October (2021) titled, “Top Ten reasons for Reluctance to Return to Work”, never thinking the quitting jobs trend would continue at the same level into 2022 (April). But several of the reasons we cited in that article were also reasons for the large job quits.

Briefly these ten were: re-evaluation of attitudes towards work in general, fear of Covid, early retirements, moving to smaller communities, freelancing, better balance between life and work, better pay, benefits, and working conditions, greater flexibility in the workplace, and finally a cluster of worker desires and needs that they did not feel was realistic in their former workplaces.

The theory here is that the pandemic with all its sickness, deaths, job layoffs, business failings, school and daycare closings, fears, positive and negative effects on family life, has also provided more personal time for people to think and reevaluate what is most important in their lives.

What are the true costs of full-time work, overtime, stressful work, toxic workplaces, commuting time and costs, personal child rearing vs. day-care,spousal, and community relationships, etc. Is full time work for both parents a long-term value, or an obstacle to a richer and fuller life?

These are some of the discussions that have given rise to not only job quitting but also for part-time work, working from home, more flexible work hours, more vacation time, etc..

A simple definition of early retirement is to stop working before age 65. It is practically the same as quitting.But at a certain age you may have enough resources to quit working that you can call it “early retirement”.

The IRS has what they call “The rule of 55” which means that at 55 year old’s can start taking penalty-free distributions from their retirement plans. So, the bulk of early retirements would then probably be between 55 and 65 since, obviously, most people would otherwise not have the income to do so.

Another “early” retirement option is age 62 when a person can begin to collect social security benefits although for each month before the full retirement age of 65, a small percentage of the full benefit will be reduced. (See chart at link above)

When the huge Pandemic related layoffs began in 2020, millions took the opportunity to retire early. A CNBC workforce survey found that 57%of those who retired during the Pandemic said they did so after being laid off. The remaining 43 percent we could assume were working when they decided to retire early.

Although there were certainly other reasons for these early retirements the most important was, quite probably, the financial ability to do so. Millions of workers have retirement plans based on the stock market and although there was an initial pandemic related “crash” in March of 2020 it quickly recovered in June, July, and August and by years end was more than fully recovered by December.

That stock trend continued throughout 2021 and finished with record highs. So, if you were 55 years old in in the fall of 2020 or anytime in 2021, with 20-30 years of 401K growth,it was probably a good time to use the IRS’s “Rule of 55”, cash out without penalty and take an early retirement. And millions did.

Late 2020 and 2021 was also a time of much higher home prices and, therefore,increased home equities. Again, if you were in your 50’s, and perhaps a new “empty nester” looking to downsize, the last half of 2020 and all of 2021 was a good time to sell, downsize or rent and put the profit in the bank to sustain an early retirement. And millions did. And they still are.

Even as late as the end of April 2022, with the stock market declining and home buying got more expensive via fed rate increases,the average number of early retirements and job quits remained about the same as 2021 i.e., four million plus.

The reasons are probably much the same as we have been considering but why is simply the ability to quit or take early retirement such a major reason for doing so?Not as silly a question as it seems.

Citing an analysis by the National Women’s Law Center of the latest U.S. Dept of Labor Statistics, the Society for Human Resource Management(SHRM) reported in February of this year (2022) that although “male workers regained all jobs they had lost due to the public health crisis”, women did not. In fact, they were nearly 2 million jobs behind and accounted for “63% of all jobs lost”because of the pandemic.

The SHRM article quoted author Deb Boelkes what may be the most significant reason for this difference between men and women’s job figures, “Many women found juggling business responsibilities with homeschooling, childcare and elder care simply wasn’t worth the effort or the income to justify staying in the job”.

This quotation as well as the facts she was commenting on are both interesting and informative on many levels. One of these levels might be that we now have almost two million women who have quit significant jobs that we can now put together a more objective estimate of the real financial value of a homemaker, mother, and the first and primary teacher of children.

On a darker side I wonder how much of this “Great Resignation”, may have something to do with the negativity, the painful polarization, and the increasing violence over the past few years. It’s certainly enough for any sane person to want to say, “I quit”.

I would not blame anyone, especially those who are near the end of their careers, to take an early retirement and to do so with the best wishes of us all. But more than ever before we need good people, good men and women to stay onboard,and to try, without ceasing,and with an abundance of goodwill, to fix whatever they deeply believe to be broken.