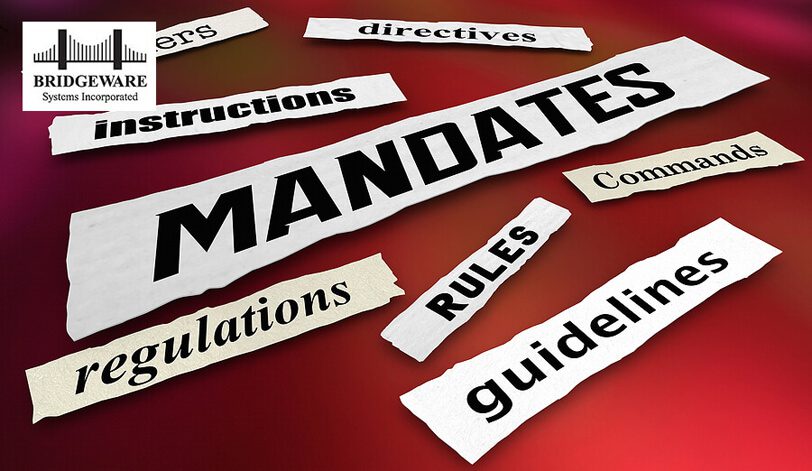 For the sake of argument, I am going to try and make the case that there is one, but only after a persuasive and respectful campaign is conducted to achieve sufficient voluntary participation.

Although this article will discuss other important reasons, the underlying argument for vaccine mandates will be the numbers. As of August 24, 2021 there have been 38,996,672 cases in the U.S. and 628,000 have died. We should add that the deaths from this disease are extremely difficult to say the very, very, least.

We probably could have achieved “herd immunity” without any vaccines at all. If we had Just let the disease run its course and when 80% of us (about 265 million) had either been infected and millions of us had died. Thankfully we chose a better course.

We can achieve the same community immunity if the same number of people received the vaccine. Right now, with 173 million being fully vaccinated we are at 52% of the U.S. population. If you count the people who are partially vaccinated, we are at 61%.

There is also some immunity with the 37million who had the disease but recovered and should have some anti-bodies in their systems.

So, we are getting close to the original goal of 70%. However, because the new Delta variant,which is much more contagious, the original vaccine goal of 70% needs to be increased to 80% plus. For example, the highly contagious “measles” disease took a 94% vaccination rate to achieve herd immunity and we did it! (Mayo Clinic- herd Immunity cited above)

Another major problem in achieving herd immunity is that although the national average of the vaccinated is 52% (full) and 61% (partial), that is a nationwide average rate and varies widely by states and regions.

For example, Vermont and Massachusetts have vaccination rates of 86 %(partial) and 77% (full) while several southern and western states are at 50% and below. Because there is a great deal of travel between our states, outbreaks can more easily occur.

Another smaller but significant problem caused by not having a sufficiently vaccinated population nationwide is the incidence of “breakthrough infections”. Here, even the vaccinated get an infection and while the incidence is very low and the effect on the vaccinated person may be minimal, they can still infect others who are unvaccinated, and their lives may be at risk.

So,the bottom line is that we have a lot of work to do to beat this extremely brutal disease. Part of that work is to convince the sceptics that getting the vaccination is much better and safer than getting the chance of getting the disease.

In order to close the gap between the 40% and 80% vaccination rates and get to an 80% rate everywhere in the U.S, we will first need to overcome objections. Some objections are simple and others much more complex.

The objection, or suspicion, based upon the vaccine’s rapid development could be much better addressed (in my opinion) by explaining that this type of vaccine and the mechanics of its operation, i.e., via “protein spikes” impinging on human “receptor cells”, has been known for some time thus giving a jump-start to the Covid-19 vaccine development.

The Mayo Clinic has been doing some good work on this type of educational outreach not only on its website but also through a virtual public forum addressing specifically the mistrust of the vaccine in the African-American community.

That community still remembers the criminally outrageous Tuskegee Experiment that was conducted by the CDC and US public Health Service from 1932 to 1972.

There are also concerns that the vaccine was not tested on the African American community. There should be sufficient data available now from the millions of vaccines that have already been received by members of that community, and without incident, which should further assure its safety.

Another common objection is that the vaccinations now available are not fully tested and we do not know all the possible complications. In support of that objection, they cite its present FDA status as having only an “Emergency Use Authorization”

The response to the “Emergency Use” objection is already in the works.  Pfizer, one of the three major vaccine companies, received full FDA approval just last week. This was based upon the millions of doses administered over many months, in addition to their initial trials.

The Modern a vaccine applied for this same full FDA approval and all indications are that it will also be granted within the next 30 days. This development should assure many holdouts and increase the vaccination rate.

A serious objection is the fear that vaccinated persons have in working side by side with others who are not vaccinated. The vaccinated person may not get seriously sick from getting the virus themselves, but they can still get and carry a “full load” of the virus and spread it to others, i.e., children in their home.

This is also an ethical issue which a business may resolve by requiring all their workers to be vaccinated. But imposition of a mandated vaccination has become an issue for reasons other than health.These other reasons are often political and ideological.

Looking at the actual and current vaccination data we can clearly see the differences among political, religious, and regional acceptance of the vaccine. These“fault lines” are very similar to our already well-established divisions. These will be the hardest demographic areas to overcome objections, but we cannot give up because of this. There is just too much at stake.

It was not people from the inner city or rural communities who embraced, lobbied and sold trade deals that closed thousands of businesses in the U.S. and lost millions of good paying jobs. Our government, business leaders,and economic experts did that and ignored their promises to make new and even better jobs. So why should we trust them now?

Without validating much of that distrust will doom our efforts to persuade, and a persuasive campaign needs to be made even if we are forced, in the end, to require mandates in order to save the country. Having made a respectful, fact-based, persuasive campaign including serious ethical considerations, should lessen the negative impact of mandates.

People need to see, from credible sources, how terrible this disease really is and that the only way to achieve community or herd immunity, without killing millions of us, is to embrace the vaccines.

They need to know, in a persuasive manner,why our entire armed forces, so many colleges, businesses, and local governments, are mandating full vaccinations or entry.

Maybe this respectful, persuasive vaccine campaign could be an opportune time to address our divisions directly which would help to end or, at least, mitigate against these divisions that threaten our survival as a great nation.  Stay Safe!