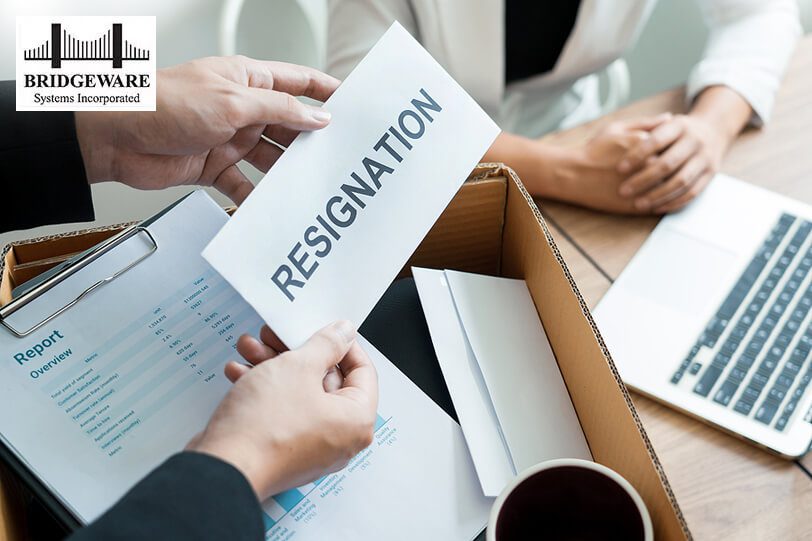 The New York Times,on Saturday Nov 13, 2021, reported Labor Dept. data showing that 4.4 Million workers quit their jobs in Sept. 2021. This figure was slightly higher than August 2021 when 4.3 million people quit. The August figure was the highest number to quit their jobs in any month in the entire 20yearsthat the Department of Labor has been tracking these figures. And of course, the September total of “quits”was 100,000 higher! This is extraordinary, but not inconsistent with other trends.

Last month we posted a Blog article entitled “Ten Top Reasons for Reluctance to Return to Work” in which we reported on an estimate,  calculated by the St. Louis Federal Reserve, that more than 3 million workers, ages 55-64,took early retirement during the last year. This “mass exodus” from the labor force was enabled by the growing wealth of these seniors was caused by the surge in both stock prices (401K’s) and housing prices. So, now they could retire early, and they did. But why, and why in such numbers?

The NY Times article also explored many of the same reasons we had found for workers’“reluctance to return to work”,i.e., fear of Covid, having a new leverage in the job market because of labor shortages which allowed many to search for better jobs with better benefits. The shortage of workers that gave them the leverage to quit or “hold out” thus became an additional cause for increased stress for the remaining workers thus causing others to quit and look for better, less stressful, opportunities. A vicious cycle!

The Times story recounted a bartender quitting her job because her employer forced a sick worker to report for work which endangered herself and other employees. The bartender and her husband are now in the final stages of opening their own restaurant.

The story does not say how significant quitting a job may be to starting an independent business, but, as we noted in our earlier blog article, workers do seem to want more independence, more life and work balance, less stress in the workplace, and the ability to work from home either full-time or with a hybrid schedule

The frequent employee problem of not having good, affordable childcare was mentioned both in our article on “the reluctance to return to work” as well as in the Times article on outright quitting.

Will these trends continue?

One staffing industry executive, Ryan Sutton, with the staffing firm, “Robert Half International”, was quoted in the Times article as saying, in reference to quitting, early retirement, and“reluctance to return, “Until we get employees who are on the sidelines back into the market, it’s likely this is going to continue”

How do we get them back?

There are two possibilities. 1.  employers meet worker’s needs, and not just for increased wages, but mostly for overall improvement in benefits and better working conditions, or 2. employers will wait them out until the inevitable circumstances of survival forces workers back into the labor market.

Let’s look at both options.

These oft mentioned desires, perhaps indicating a human need for a better work/life balance were documented in survey after survey looking at the” reluctance of workers to return to the job market (See “Ten Top Reasons for Reluctance to Return to Work”, cited and linked above)

One surprising result of a Forbes survey of 3,000 workers at Google, Facebook, Microsoft, Apple and Salesforce found that 70 to 83% of workers (depending on company) would give up $30,000 in salary for the option to work from home.

The first response of many employers might be, “we cannot afford it”, or “we will not remain competitive”, or “inflation will surge!”. But many companies are already doing it successfully.

Also, if all companies were required, by law, to provide benefits which were consistent with worker desires, or if the government provided them directly, the competitive “playing field” would be leveled, and competition could continue equally.

How progress is achieved has many answers, but the overall opinion of the workforce in the U.S., according to thousands of worker surveys, is that they want significant change.

The Pandemic gave millions the time to reflect on what was most important in their lives and family needs, children’s needs, social life, hobbies, and more vacation days are now a deep desire of millions.

From the evidence of the millions quitting jobs, millions taking early retirement, millions becoming freelance workers,all are telling us what is most important to them, and we should probably take a very deep look at their desires and the reality of their actual difficulties.

Because American workers are not, for the far greater part, independently wealthy, they need reliable, continuous income, both in their working and retirement years. So, when they have tried and have not achieved a better standard of living, they may well take what is available. Eventually.

But, if it were possible to make the American worker healthier and happier,it would be a great shame not to do so. Everyone understands that companies need to make a profit. But for some companies the goal seems to be in maximizing that profit.They may do so to please themselves or perhaps, to meet the demands of their shareholders, or both.  But fortunately,maximizing profit is not the great in most staffing companies.

According to American Staffing Association figures, eighty percent of the most profitable staffing companies are, single owner, single office entities in niche markets. That means that in the staffing industry most companies are free to target simply a “reasonable” or a “healthy” profit rather than being“under the gun” to “maximize”it.

In any case, I believe the thousands of survey results should be taken very seriously and acted upon.