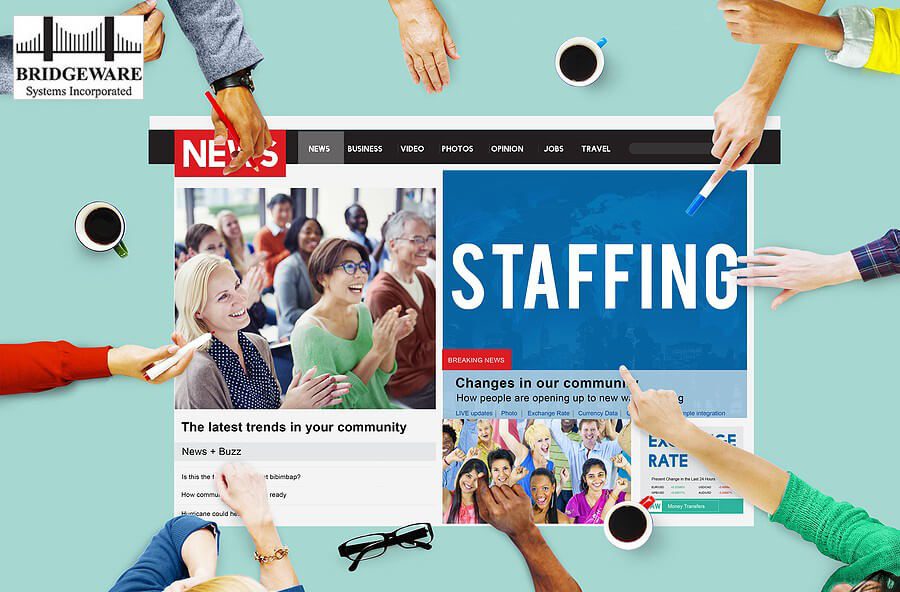 Since we are well into the 4th Quarter of 2020,we will be looking at these trends with a close eye towards what we might expect in 2021.

Artificial Intelligence: A major trend of the last few years has been the use of Artificial Intelligence or AI in talent recruitment and we expect that to continue into 2021 and beyond. It’s just too good in terms of growing effectiveness in deciphering the many subtleties of applicant assessment.

This is especially true as AI gets better and better at social media searches and analysis, analysis of work products not only for writing and creative ability but also keyword and general content analysis that go deeper into personality traits. AI can even examine speech pattern sand body language indicating comfort level in groups and individual meetings.

AI can also delete consideration of content on race, ethnicity, gender, and  age while focusing on the talents and abilities sought. This feature can virtually eliminate bias in the selection process protects companies from that kind of issue. (More on Artificial Intelligence from Forbes)

Technically, Artificial Intelligence also includes robotics and automation, both of which present profound challenges for human work.But our topic here is AI in relation to “staffing and recruitment” and so we have limited the discussion to just that.

Working from Home: In the early Spring of 2020, “working from home”began to trend in response to the “social distancing” required by Covid-19.It was thought to become a significant trend that would go beyond the pandemic. For many reasons it may not continue to be as big a trend as initially thought.

(Note:We are not talking here about “freelancers” but regular salaried employees working from home. “Freelancer”staffing trends are discussed below under its own heading “The Gig Economy”)

In any case, last spring employers and employees both embraced the idea for obvious reasons, but the unseen problems were often overlooked (or ignored) considering the pandemic. Thus, the trend could soften especially as we move into the 2nd, 3rd and 4th quarters of 2021when the Pandemic begins its expected decline.

The challenges of “working from home” can be overcome but the problems are real, difficult, and certainly not for everyone. A good article on both the challenges of working from home and ideas for overcoming them was written earlier this year by G. Brian Davis who has spent most of his career as a freelance investor and writer.

His article covers 12 challenges ranging from “managing time” and “the blurred line between personal and business life”, to the problems of“social isolation and the “trap” of working “in your PJs”. It reads like someone who knows.

Increasing Wages: In 2021 the minimum wage is set to increase in 26 states even though the federal minimum wage has not been increased since 2009.

Businesses have been increasing wages in the last couple years just to attract employees in an increasingly competitive market. Several large companies,including Amazon, Target and even Ben & Gerry’s have minimum entry wages of $15 and many others are moving to that standard.

Although increasing wages has been a trend in 2019 and early 2020, the pandemic effect is likely to modify that overall trend. I say “modify” the trend rather than end it because it seems to be a “mixed bag” going into 2021.

For example, SHRM (Society for Human Resource Management) reports the results of a survey of 705 US companies representing 14.3 million people that “one in three companies. . .  .are lowering their projected salary increases for 2021”,  while 50% of companies are keeping their budgets for salary increases intact.

So although the overall trend may be for increasing wages, as we project into 2021, the trend is mixed and may stop entirely if the increasing pandemic causes further disruptions in US and worldwide commerce. 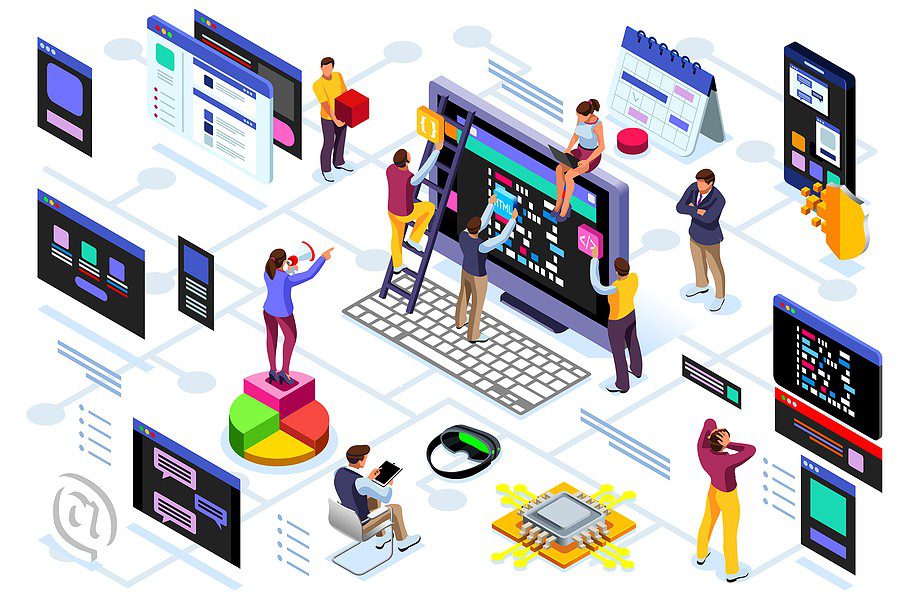 Staffing Agency Software Development: A couple of significant trends in staffing agency software which will continue in 2021 are: Increasingly Cloud-Based and the seamless integration of third-party utilities.

There is simply too much data being generated, by even small companies, not to have the limitless resources of “The Cloud”. Every data point entered daily over several years easily rises into the millions. This critical data needs to be securely stored and readily available for instant use. Also, because staffing agency software is increasingly complex, the increased dependability of the cloud is almost a requirement.

Staffing agency software has been developing for more 35 years and there are more and more software developers building new utilities that can serve a variety of industries. They are not trying to develop a comprehensive software specific to a single industry like “staffing”. Through use of api technology(Application Programing Interface),the new utilities can seamlessly integrate their products with existing software programs.

Recent examples, used by many staffing agencies, are the automation of the increasingly detailed on boarding process, management of medical insurance and other employee benefits, and a utility that allows staffing agencies to issue, fund, and pay employees with debit cards.

Considering these successes (and others),the trend of “third party integrations” will continue in 2021.The possible coming applications may not be limitless but certainly many of them will be welcome additions to the growing capability of comprehensive staffing agency software.

Competition for Talent: This has been a major trend for the Staffing Industry and business in general and has been for some time. Consider just the 2001 book title “The War for Talent” to get a feel for how tough things are. The book was cited by Forbes in a 2020 article titled “The Secret to Winning the War for Talent”.

In that article there is a particularly good discussion about the strategy of training talent as an alternative for searching and acquiring existing talent. “Search” is still involved but with a different goal;i.e looking for “a diamond in the rough”both from within and without the organization.

But there is an entire industry, i.e. Recruitment, whose entire focus is in searching everywhere for the ideal candidate on behalf of a client company. In this regard the primary function of searching has been greatly influenced by another mega trend of Artificial Intelligence (AI) which was discussed above.

That automation process (AI)has enabled huge complex searches and analysis that would previously have been impossible. So here two major trends and challenges meet. One is a trending “problem” and the other a trending “solution.”Both will continue into 2021 and beyond.

The term“Gig Economy” began as a description of a growing sub economy made up of Freelancers who did short jobs (gigs) for many different persons and companies at home and around the world.

“Its virtual explosion” on the economic stage happened even as the first well financed and well-conceived cloud-based internet platform came on the scene.It organized thousands of jobs or” gigs” which, increasingly could be accomplished remotely and so could operate anywhere in the world.

Estimates of growth also depends on the definition of the Gig Economy but that is a subject for another day since not everyone agrees that traditional staffing companies should be included nor,should regular independent contractors.

The MasterCard study (above) uses a definition that only includes freelance work facilitated by digital platforms.Our discussion uses that definition as well.

The power of this new economy is in its sophisticated cloud-based web technology and the simplicity of use by sellers and buyers alike. For example, a web developer in India or China (or anywhere) can position themselves, freely, on a huge gig site like Fiverr, UpWork, or Freelancer, and advertise their skills, portfolio, testimonials, etc.Then anyone,from anywhere in the world, can contract with them via these platforms.

The web developer would communicate with their buyer via the platform’s chat and document transfer tools. When the job (gig) is complete,they upload the finished work, and, upon approval,are paid via online money transfer programs many of which are proprietary to the platform.Millions of potential clients are as near as their phone or desktop and a buyer has a worldwide field of available talent.

For a good list of Gig economy facts and figures that were compiled from several credible sources see “The Future of Employment –30 Telling Gig Economy Statistics” ..

In spite of growth and the generally great satisfaction of its workers, the challenges of the Gig economy are few but significant.For example, Freelancers have little, or no protections or benefits and governments are not in a particularly good position in this worldwide marketplace to impose either worker protections or income taxes.

But “stay tuned”. Like the expression “love will find a way”, governments will find a way to tax, as well. (For more information on some Gig economy problems see my Sept 2020 article “Problems in the Gig Economy – Part Two”.