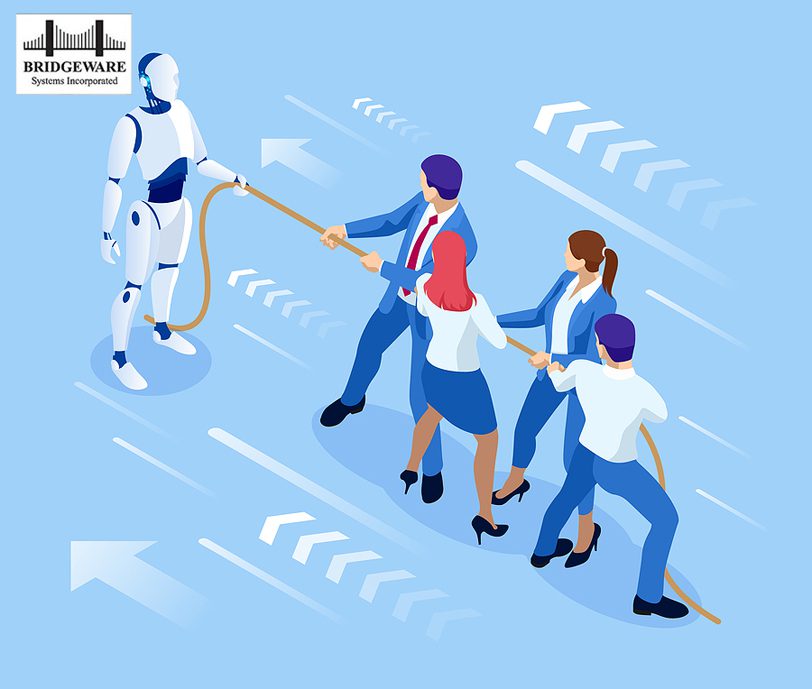 The short answer is dumb. Certainly, a robot can be taught to bowl better than most any local champion, and a team of robots can put together 90% of a beautiful automobile. But how these are accomplished only prove that robots are essentially dumb. By “dumb” I mean they are brainless, dull, unthinking, witless, and clearly un-intelligent.

Why we call so much of this stuff “intelligence” is beyond me. Are these dummy’s “astute” in any way?brainy?bright? creative? enlightened?And, if so, how so?

When you look at a list of jobs that AI or robots will replace, the top jobs on this particular list are accountants.Accountants obviously deal with numbers, spread sheets, financial statements, and such,which are perhaps the most amenable to efficient manipulation by machines.With a good computer and software one accountant could probably do the work of five.

Nothing at all wrong with accountants,certainly, just an unintended consequence of computer development. Are computers “intelligent” then? No. There is nothing they can do without data and a software program to tell it what to do with it. My desktop cannot even bark when it needs to go outside.

Yes, they can be programed to collect, organize, analyze, and answer questions about trillions of data bits and do it all with lightning speed. But even then,they will not have reached the beginning level of intelligence that our Ape ancestors enjoyed.

And, by the way,“Ape” is a good word to use because of its relationship to the word “aping”, which means “to follow closely but often clumsily and ineptly”. Sounds like some cleanup work needs to be done by the programmer.

A computer is only as intelligent as the human beings who designed, built, and programed it.Ditto for lots of other automated modern machinery and robots.

We hear a lot about the very sophisticated algorithms that run Google’ enormous search engine.Google gets those algorithms wrong all the time and hire hundreds of technicians to make human decisions on results pages to see if their human rankings support Google’s algorithmic ones.Very often they do not. Also,they build bias into their formulas which I suppose is also very human.

Google engineers are responsible. They do not come into court with an updated version of C3P0 and tell the judge that this artificial intelligence creation was the villain in their latest fraud (s). If you want a list of their crimes just “Google it”. They seem to be very proud of their criminal accomplishments. You will find fraud, anti-trust violations galore, manipulation of search results, patent violations, and more!

Ditto for Facebook’s “brilliant” formulas that can analyze billions of data points and make amazingly accurate predictions of future human behavior. As election investigations have shone,they can not only predict results but manipulate them.

If you have trillions of pieces of information on billions of people, then design messages specifically targeting very detailed profiles, you can not only manipulate results but also measure your success very accurately.  This is “intelligence” at work,human intelligence, and there is nothing artificial about it.

Let’s take the claim that even after the loss of some 60 million jobs in the last 40 years “Now Robots, Tech and Artificial Intelligence Will Take Millions More” (Forbes). No, ai, robots, tech, will not take any jobs from anyone, “people” will do that, and for the same reasons that “people” moved thousands of factories offshore.

Our company is in the business of creating software for the staffing industry and certainly jobs may have been lost due to the many efficiencies we have created for our customers for the past 36 years.

So, we are not saying here that technology or artificial intelligence or robots or capitalism are somehow villains. All of these have made contributions not only our country but to the entire world.

What I am saying,first of all, is there should be an honesty of language. Words are important but in a world of advertising, public relations, politics, and “spin”, words do get distorted.“Euphemisms” is the name to words that can, and often do, distort reality, i.e., make a harsh reality seem like something that it “ain’t”.

“Euphenisms” are defined as “using mild or indirect words or expressions as substitutions for others considered to be too harsh or blunt when referring to something unpleasant or embarrassing.Like using “downsizing” instead of “cuts”.

Depending on the context, artificial intelligence”has also become one of these,“globalization” is another,robotics,automation, and competition as well.All have been used as euphemisms for the reality of millions of people losing good paying Jobs together with all the social, political, emotional, and economic convulsions that have come with it.

Second, there is no one to blame for these terrible “dislocations” (another euphemism) caused by the otherwise wonderful developments in technology.  But just as there is a “law of unintended consequences”, there is also responsibility for consequences just like “collateral damage” (another euphemism) in a war. Since these unintended developments were communal, the responsibility for mitigating them should be communal as well.

Government has certainly caused its share of grief in this world but one of the things I like about it is that it allows us to do together what none of us could possibly do alone.

So, let’s fix it. Together!