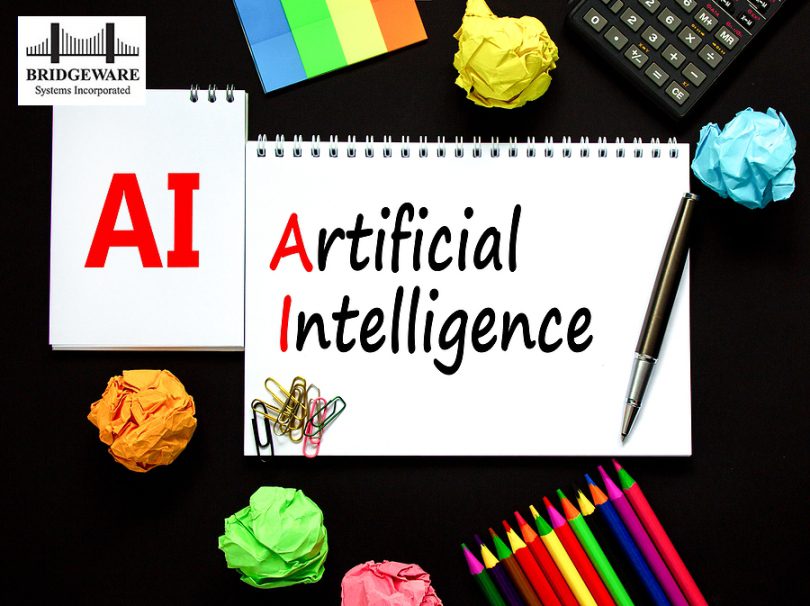 Thomas Alva Edison was probably our greatest American inventor. He invented the telephone, telegraph, phonograph, movie camera, alkaline batteries,and is usually credited with inventing the light bulb. During his lifetime he held over 1,000 patents either individually or with others.

Edison’s connection with Artificial Intelligence or Ai may not be in any of his inventions,although they were on the “cutting edge”of technology for their time. But there is also a connection to Ai with something that he famously said, i.e., “I have not failed. I’ve just found 10,000 ways that won’t work.”

So, Ai is, at least with my limited understanding,very much of a “numbers game” with the numbers being millions of data points that are analyzed via mathematical formulas (algorithms)to discover (learn) relationships among them (often negative or positive correlations) that may be relevant to the problem being investigated.

Because it can work with huge volumes of data, plus the great speed and accuracy of its analyses, Ai seems to be a very sophisticated statistical analysis tool- on steroids!

Like Edison, modern scientists, using Ai, can find “10,000 ways that will not work” in minutes rather than months or years. And, as Edison knew, this finding of what “will not work” is a clear advancement since it narrows the field of what still may be possible.

Advances in medical research has usually involved a great deal of time since it moves by trial and error, testing hypotheses one at a time. Ai has changed much of that by is ability to analyze mountains of data with great speed and accuracy.

But “Significant correlations” do not necessarily show causal connections,yet they do point to possibilities of causality which can then suggest topics for further research.

So, having “found” a relationship between Viagra users and the absence of Alzheimer’s disease a new possibility emerged.I would assume they would then want to know if there is some ingredient(s) in Viagra that might inhibit the process that seems to be the actual cause of the disease, i.e., the breakdown of some proteins which, as they breakdown, form plaques that clump together around neurons causing them to fail in their vital function of communicating with other parts of the brain? Stay tuned.

Precision robotics in medicine, made possible by Ai, has enabled micro-surgery to accomplish very sensitive interventions even with children still in the womb. They have also been important to better enable some critical operations on the heart, brain, and spinal cord.

Robotics has also made many advances in prosthetic devices for missing arms, hands, and legs which has made thousands of disabled people’s lives better, happier, and more productive.

Another huge Ai project in medicine was the recent digitization of millions of medical records in doctor’s offices, clinics, and hospitals everywhere. This project created hundreds of management efficiencies for medical staff primarily by having each patient’s data instantly available in a searchable, interactive, database.

This has improved health care, diagnosis, and improved outcomes. Patients also gained by having secure access to their personal health care records via “patient Portals” connected to the local databases.

The big extra in this project was to give medical researchers a huge amount of medical data, with patient identifying data edited out.These databases which can be aggregated into ever larger data banks that will aid ongoing research for years to come.

But, although Ai continues to make great contributions to medical research and practice, there are other areas where it has and will continue to make significant contributions, even fun stuff.

In industrial applications, Amazon has literally thousands of robots in their many warehouses and distribution centers. Instead of employees walking the warehouse to retrieve products, the robots walk the warehouse, pick up what is needed and return to the packaging and shipping tables.

As the technology quickly develops the robots will be able to pick up the individual products, place them in shipping containers,seal the containers, add address label and deliver to the appropriate destination jumping off point.

We all have probably seen robots working in auto manufacturing assembly lines, placing and securing components. There have been robotic welding machines in factories for several years.

But there are many other uses ai developed for industrial products.

Here is a list of the top 10 Ai applications for manufacturing from a blog article on the USM website. If you do visit this website for details on each of the applications below, take a good look at their website especially “About Us” and “Services”

Most of us know about the “self-driving”, electric automobile, the “Tesla” which is well on its well on its way to becoming the fully self-driving vehicle of their initial promise. But even today it’s an amazing product and especially with their latest 10.4 version.

Tesla’s Ai engineers continue to collect ever more data (Ai loves data)from their cars presently on the road, which they then subject to an Ai analysis and make additional adjustments.

Ai has also been involved in developing increasingly realistic and fantastic video games whose non-player characters (NPCs) are interactive, responsive, and even adaptive. Try “Middle Earth: Shadow of Modor”.

Video games are an important segment of the manufacturing sector The annual world market for Video games was $138.4 billion last year (2021)

Amazon’s Echo with their virtual expert on everything, “Alexa”, is another great Ai project. With other “Smart Speakers” like Alibaba, Google, Apple and others, millions have been and are continuing to be sold worldwide. It is certainly a “fun” product although most people use it for information and in creating “smart homes” where commands can be given to many household utilities.

The Problem with Ai

So, with all these wonderful developments, what is the problem? Actually,there are many problems but not with Ai itself. Ai is,after all,only a tool and a methodology. The problems derive from how it is used together with some unintended consequences.

Two big problems are related to how huge amounts of data are collected and used. Although there are many sources of data, Google and Facebook are good examples because both have billions of users, every day, and therefore able to collect many more billions of data points. And they do. And they use the data for a variety of commercial purposes that is quite very profitable.

Critically related to the collection and use of data are the “algorithms” used in the process. These are almost always unknown to almost everyone, so they have been known as the “black boxes” of the process.

Most people can rightly assume that much of the collection and use of data is sell products, but it is much more than that. It can be and is used to manipulate behavior in a variety of ways including political, ideological, racial, economic, etc.

The recent revelations by a Facebook executive in testimony before a congressional committee were alarming. She testified about Facebook’s own internal studies pointing out the harm that the platform’s algorithms can do to a young girl concerned about a personal weight issue. The platform directed her, algorithmically, to more and more information about weight issues, peer attitudes, diet plans, anorexia, suicide, etc.

In the US we all know about the increasing problem of political and ideological polarization, and we certainly do not need to be led down the numerous “rabbit holes” that only increase it.

We can also discuss the pros and cons of Ai enabled “Facial recognition technology”. A wonderful development that might be abused.

Finally, under the heading of “unintended consequences”, I will end this blog by suggesting that we think about the future of work. Because of A’s involvement with automation, robotics, machine learning etc., What will that future look like and how should we prepare for it.