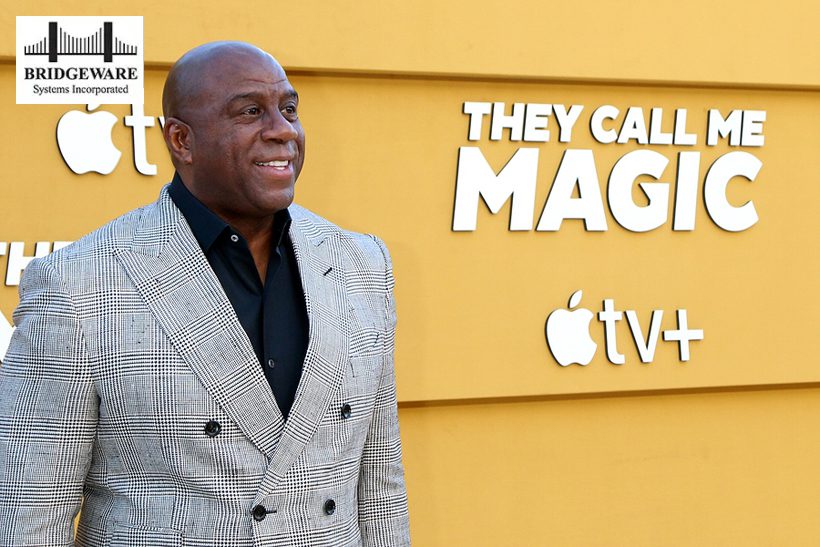 I believe the American Staffing Association (ASA) has made a great decision in their selection of a keynoter for their upcoming convention this October. It’s not just that Magic Johnson is a great and popular athlete, but because, I believe, he really has something important to say to the staffing industry or any industry.

The two-part title of his keynote address, “Building World Class Teams and the “Magic” of Winning” has great potential. Whether you are a fan or not most everyone would agree that he knows a whole lot about both “team building” and “winning”.

One statistic that stands out for me relative to Johnson’s “team building” creds is his 10,141 total number of “assists” during his 905-game career with the NBA. He led in assists not only in regular season play but in NBA finals and All-Star games, leading the entire NBA in all game categories.

Another telling statistic (although a single event) for his team-building record was the 1982 NBA finals where he was named MVP with only 16.2 average points per game.  That was a record low scoring for any MVP in NBA history. So, he must have added a lot more to the team’s success.

To accomplish those records you certainly need to be a “team player”.

And he knows a lot about “winning” too. Certainly, lots of assists and rebounds contribute to every winning game but he also accumulated 17,707 points during his career.

His scoring was also steady and dependable with an average 19.6 points per game so team-mates and fans could always rely on him to deliver at every game.

There is another Important element of both “team building” and “winning” which he may be too shy to point out.  That element is “Leadership” and he has a lot of that as well.  A truism that applies to this quality is that you “lead best by example”.  Johnson’s 10,141 career “assists” clearly illustrates this quality.

If basketball had a quarterback Magic Johnson would have been it. His actual position was point guard where he was responsible for running the team’s offense. Many claim he was the best point guard in NBA history. Here again is leadership.

So, it is easy to see why the ASA chose Magic Johnson to be its keynote speaker at their annual Fall conference “Staffing World” which meets this year in Las Vegas October 25-27.

Working in teams is nothing new with staffing companies.  Just for starters many staffing agencies already have a sales team, a training team, technology team, and one for recruitment.  They build these mini teams in order to have their larger team, their company, “win”.

Magic Johnson always had a solid reputation for enabling his teammates to do better and is a major reason why the Lakers were a great team.  Much of the joy in watching any great team is to see how well they execute plays together, how they have confidence in each other’s skills.  That is not an automatic happening. It takes leadership, skills, and know-how.

Although we have been discussing the advantages of working in teams it usually assumes that a lot of individual work has already been done and continues. It is not either/or but both.

“Individual work” is most often necessary to acquire the skills and knowledge which are “usually” required to become a team member in the first place. Of course, there is a wonderful synergy enabled (but not guaranteed) when a group of skilled and knowledgeable individuals get together in a “team”.  But a “team” means nothing without the previously acquired assets that each member brings to the table.

Back to the Upcoming ‘Staffing World 2022” Conference

In regard to individual work, the American Staffing Association, specifically in its annual conferences, “Staffing World”, provides many learning sessions where attendees have the benefit of expert knowledge and skills together with the ability at ask questions, add their own comments and hear what their colleagues’ have to say.

This will continue at the “Staffing World 2022” conference in Las Vegas where “break-out” sessions are planned for many important “how to” topics such as:

So, it sounds like a great convention with Magic Johnson headlining on “Building World Class Teams, the “Magic” of Winning, and what he can tell us based on his great leadership and success in these areas.

Then, the many crucial skills, knowledge base, and experience from industry leaders to enhance your own company’s internal “team building” and growing professionalism.

The list above is just a sampling, plus there is the opportunity to meet with industry vendors, friends and colleagues, take in a dinner or show in Las Vegas, and otherwise take a nice break from the office, and deduct it all from your tax bill for 2022.

As always, “Stay Safe” and continue your support the people of Ukraine!

(Note; Additional info on getting the most from Conference attendance see our other blog articles “Professional Staffing Certifications and Training” (April 2021) and “Staffing Conventions: Getting the “Biggest Bang for the Buck” (March 2020)